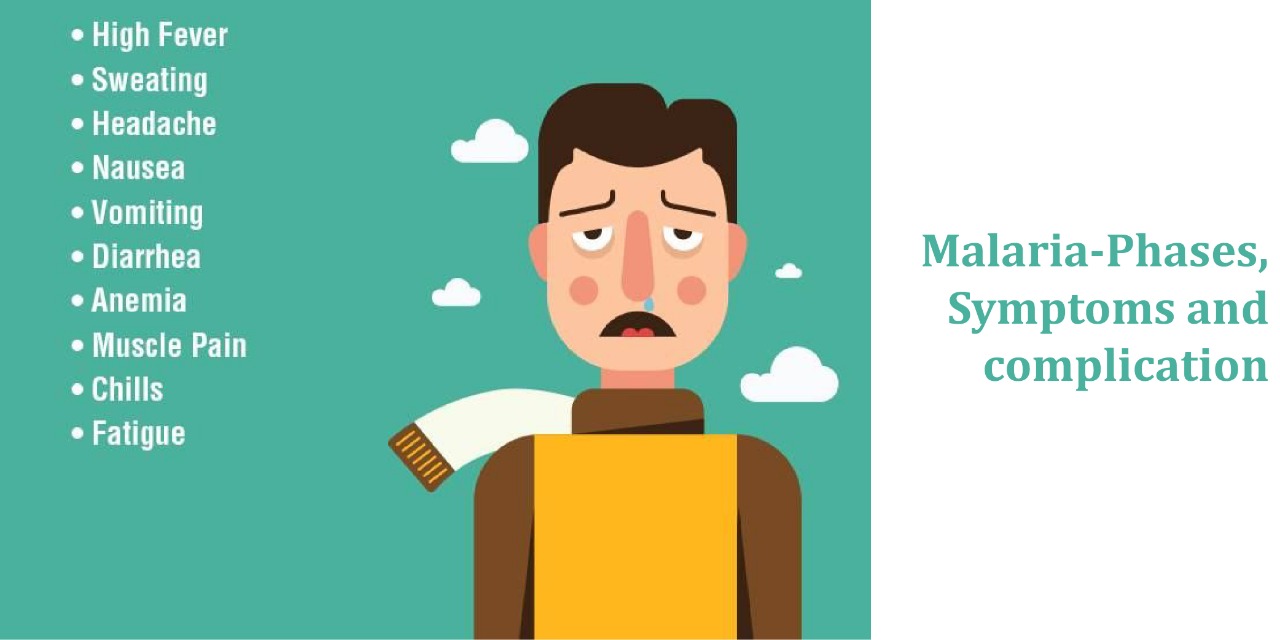 According to the World Health Organisation malaria is a life-threatening disease. It is one of those diseases which makes every human afraid of mosquitoes. When the mosquito bites an individual, the main parasite gets released in the bloodstream. This parasite then causes several issues inside the body that relates to malaria. In this text, we are going to take a look at this disease in detail.

An infected Anopheles mosquito causes malaria. When this infected mosquito bites a healthy individual, the main parasite called plasmodium, enters the bloodstream. Once this parasite reaches the body, it travels to the liver where it matures. After several days these mature cells travel to the bloodstream and tamper the red blood cells. Once the red blood cells have been infected, several symptoms occur in cycles and last for 2 to 3 days at a time.

There are four types of malarial parasites which are capable of infecting humans. Plasmodium vivax, P. ovale, P. falciparum and P. malariae. Out of all of these, P falciparum causes a more severe form of the disease. People who contract this parasite have a higher risk of death than the others.

Unfortunately, an infected mother can also pass down the disease to its baby. In such a case, the disorder is known as congenital malaria. This disease is prevalent in tropical and subtropical climates as it possesses a compatible environment for the growth of the parasite.

What are the phases in the life cycle of the malarial parasite?

What are the symptoms of Malaria?

Now that we know a little bit about the disease let us take a look at the symptoms that a lot of people develop if they are suffering from malaria. The symptoms are known to develop within ten days to 4 weeks following the infection. Sometimes the malarial parasites remain dormant inside the body for a more extended period of time. Here are some common symptoms of malaria:-

What are the complications associated with malaria?

Malaria is not a disorder that should be taken lightly. In some conditions, the complications associated with malaria may also become life-threatening. Sometimes there is swelling of the blood vessels in the brain, which is also referred to as cerebral malaria. It causes the death of an individual. Another complication may be the accumulation of fluid in the lungs which prevents normal breathing.

Malaria is also capable of causing organ failure of the kidneys, liver and even the spleen. Several people have also reported low blood sugar while being infected. Another common complication that is observed in malarial infection is anaemia. This is observed since red blood cells are destroyed on such a large scale.

If you were diagnosed with malaria, your doctor would be able to prescribe you the medicines for the specific parasite that you have contracted. Sometimes if the parasite is resistant to the drug, then the prescribed medication may not be able to do away with infection completely. In this case, one or more medication needs to be changed to treat the condition. People who receive medication in time do not face any issues after the infection is done away with. However, the long-term outlook for patients who have contracted drug-resistant Plasmodium is poor. In these patients, malaria may also recur. This might eventually result in other complications.